Russian Tu-22M3 Backfire – Dropping Bombs And Getting An Upgrade 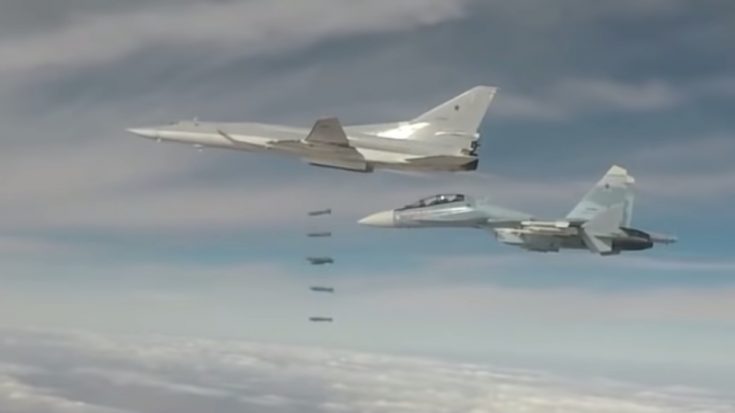 The Tu-22M3 Backfire first saw service in 1983 with the Soviet Union’s Air Force during the Cold War. The final derivative of the Tu-22M bomber, it was considered practically to be a new plane altogether due to its vast improvements and many changes. It’s purpose was to engage U.S. carriers and was classified as a medium-range bomber. And while it may seem a plane of the past, the Tu-22M3 is getting a modern makeover.

About half of the Russian fleet will get the upgrade. Improvements include a new long-range supersonic missile called the Kh-32, FADEC engine controls, modern navigation, information management, and secure datalink and targeting systems. Basically 80% of the Backfire’s avionics is new.

But this begs the question- why not just build a new plane altogether?

The Backfire has been serving Russia well over the decades. It’s been a staple throughout many conflicts, most recently in the skies above Syria. And when Russia has something that works, they don’t just scrap it.

Apparently, this is just Russia’s familiar strategy. They’ve done this with a wide range of aircraft, including the A-50U reconnaissance plane and the Tu-160M2 bomber.

The Tu-22M3M can now launch its supersonic missiles from over 620 miles away. And, chillingly, it can carry Kh-15 airborne ballistic missiles as a nuclear strategic bomber. This means it will become a factor in the topic of all things nuclear. Uh oh. Well played, Russia.

So even though it looks old, the Tu-22M3 shouldn’t be taken lightly.