Is Russia’s Latest Fighter Stolen From An American Design? – What Does The Evidence Say? 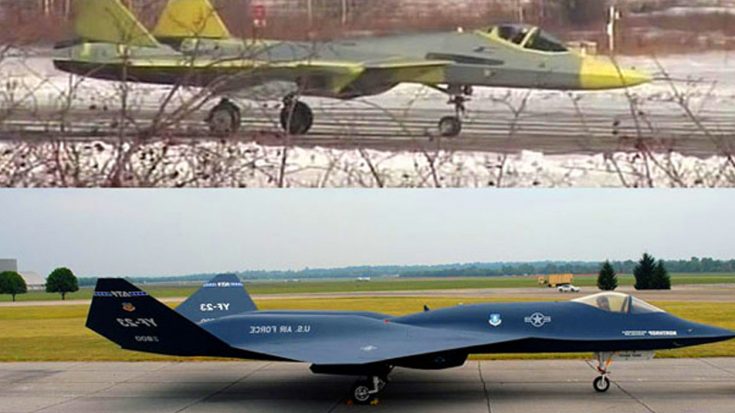 In the early 1990s, several companies were fighting their way to the top of a competition for the next fighter jet. In the end, it came down to two respective jets the Lockheed YF-22 and the Northrop YF-23. The United States Government selected the YF-22 which evolved into the Lockheed Martin F-22 and the YF-23 was forgotten, or so we thought.

Many considered the Northrop YF-23 to the superior fighter and that the YF-22 was only selected because it operated better at lower speeds. Then in 2009, the Russians unveiled the Sukhoi PAK FA, their most advanced fifth-generation fighter and it bore a striking resemblance to the YF-23. At first sight, everyone thought this design was stolen because its features are so incredibly similar.

While there are some similarities between the two aircraft, there has been no direct link to stolen plans or leaked information. The PAK FA seems to be a merger of the Sukhoi Su-27 and the Northrop YF-23. Of course, this hasn’t stopped the theories of theft and leaks of F-22 tech falling into the hands of the Chinese which gave way to the Chengdu J-20.

The PAK FA is proceeding ahead into development with a new designation the Sukhoi Su-57. What do you think, is there evidence to support Russia stealing the design or was it mere coincidence?