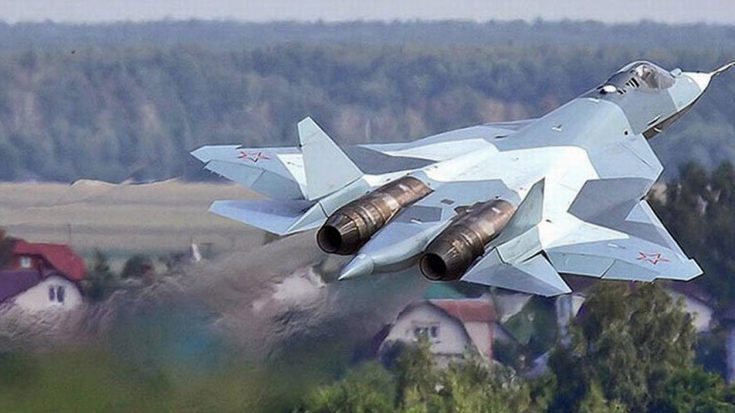 Russia’s fifth-generation fighter the Sukhoi PAK FA (T-50) was recently approved by their Air Force after years of testing. The latest stealth fighter is reminiscent of the F-22 and may be the most advanced jet in the skies if the F-35 doesn’t get its act together. But what exactly makes the Sukhoi T-50 the most advanced fighter jet around?

A variety of features in the design of the Russian fighter push it ahead of the curve. Of course, it can’t qualify as a stealth jet if not for low radar signature and radio-absorbing coating allowing it to evade detection. The PAK FA is able to reach a top speed of Mach 2.45 only slightly less than the F-22. Advanced engines also allow it to control the torque during flight.

A fighter has to fight to earn its namesake and the weapons capability is very impressive. The PAK FA’s munitions include air-to-air missiles, guided bombs and anti-radar missiles. A high-powered 30 mm cannon which fires armor-piercing rounds at a maximum distance of up to 1,200 meters.

“The cannon’s one-of-a-kind automatic fire system enables it to fire up to 1,800 rounds per minute – the best such performance for this type of weapon around.”

The PAK FA is a rather impressive threat to the United States Air Force. Russia’s fifth-generation fighter will complete testing by the end of 2016 and will join their Air Force by 2018. A visual guide to the T-50’s additional capabilities is provided is this clip from Military Update.