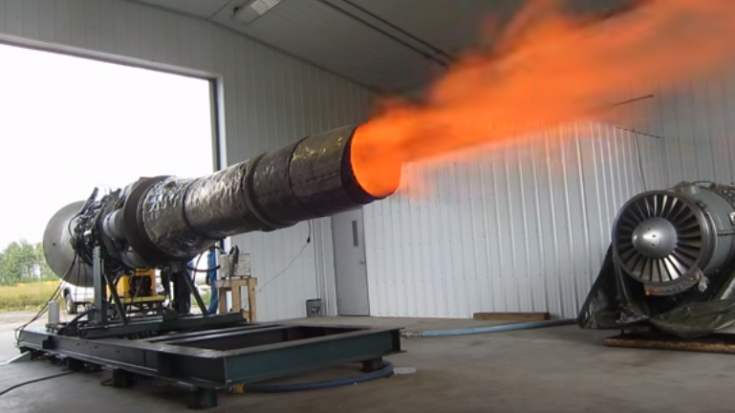 Spoiler alert: you’re about to hear some sweet, beautiful sound.

This is just the Orenda type 14 turbojet initial test run. For some reasons, this is giving me serious adrenaline rush. It’s like hearing the roaring sound of engines in a car race when they’re about to start. Jay did an awesome job on this, by the way. Working on it for almost a year is not easy AT ALL. Imagine the amount of patience he had while trying to build this engine. It’s undeniably one of the coolest things I’ve seen. The engine is worth A LOT too. In case you’re wondering, it’s to be fitted in the North American F-86 Sabre which is a transonic jet fighter aircraft.

Considered one of the best and most important fighter aircraft in that war, the F-86 is also rated highly in comparison with fighters of other eras

It’s a badass through and through!