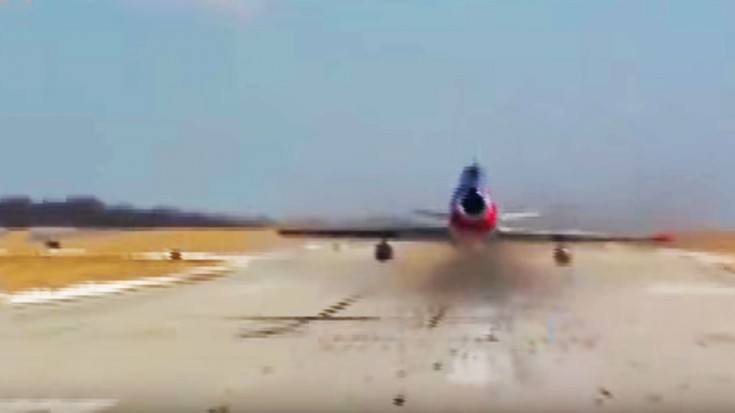 Now That Was Close!

There are two types of people in the world if you think about it. There are the cautious types who blow on things even when they’re cold and there are adrenaline junkies who’ll do anything to get their heart pumping. The cameraman in this video is clearly the latter.

Standing on the tarmac, we’re assuming he knew that the Sabre would be taking off so he wanted to get a nice shot of it happening. He go in place for that perfect angle but the pilot had a plan of his own too. For whatever (but amazing) reason, once he retracted his gear he kept his plane nice and low for a while. So low in fact, that you might duck just by watching this on the big screen.

The cameraman didn’t even budge though. He stood his ground and didn’t even make a peep. It’s because of that trait that we now have this awesome video, and we thank that guy very much.