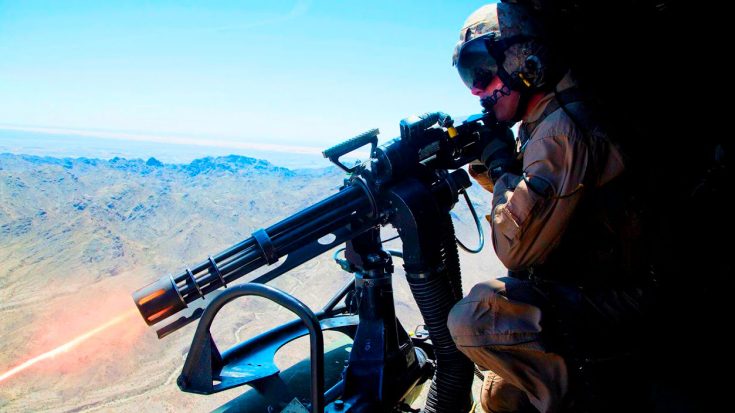 The Hills Are Alive.

The Bell UH-1Y Venom is one of the most reliable helicopters in the service of the United States Marine Corps. Since 2008 this helicopter has been in and out of combat areas with troops helping to keep the world safe. In order to hone their skills, they undergo intense training with these aircraft to ensure they stay on top of their game.

The UH-1Y Venom is no stranger to the Chocolate Mountain Range in Imperial Country Calfornia. Pilots and gunners have routine training in this area because of how similar the area is the combat zones in the Middle East.

“The wide Chocolate Mountain Range has the ability to support any type of mission due to its size. Among the most common techniques exercised on site, you can count strafing, laser attacks, bombing, rocket exercises or air to ground attacks. There are more than 2,000 different types of bombs used in the tests. Some of the most popular ones include Rockeye – MK 20 – or cluster models – CBU.”

The training at Chocolate Mountain is intense but worth it to create the fiercest gunners around. Check out this awesome video where the gunners strut their stuff in the against desert combat vehicles.