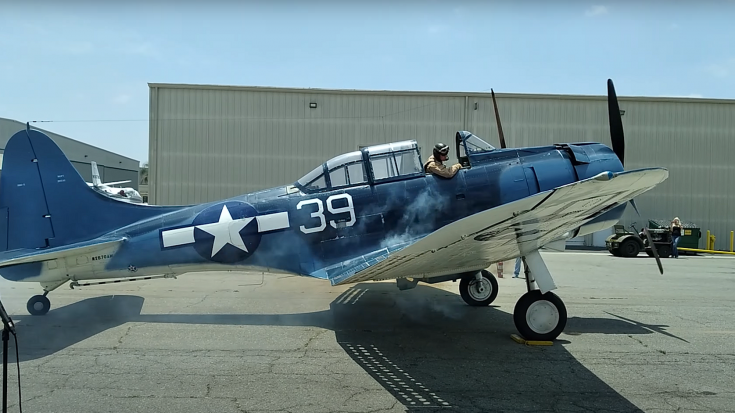 There’s nothing quite like starting your lunch break with a quick smoke – just ask the pilot of this SBD-5 Dauntless. Its Wright R-1820 radial engine sounds amazing during the demonstration at the Planes of Fame Air Museum.

The Dauntless’ claim to fame was its success against Japan in the Battle of Midway during WWII. These dive bombers were armed with two forward-firing Browning M2 machine guns, two Browning M1919s, and about 2,250lbs of bombs.

Planes of Fame’s SBD-5 took part in WWII, where it saw combat in Espirito Santo until it was reassigned to the Royal New Zealand Air Force. It flew thirty sorties over Bougainville before transferring back to the US Marine Corps.

After the war, this Dauntless appeared in the movies “Midway” and “War and Remembrance” under Warner Bros.