Sea Vixen Takes To The Skies 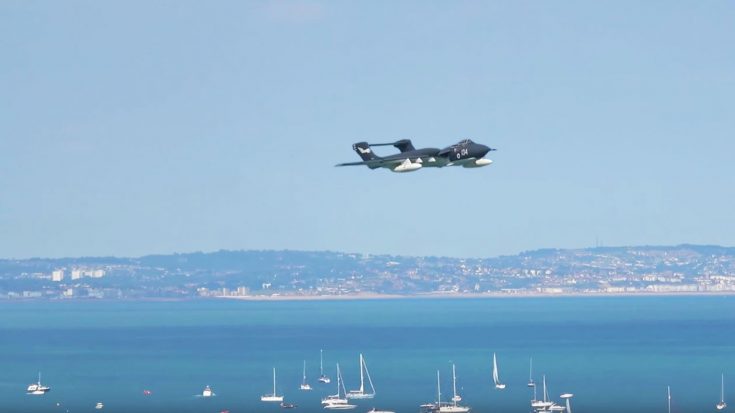 What A Beautiful Restoration.

While digging around the YouTube channel called bobsurgranny, we stumbled across this little gem. To be honest, we didn’t know a lot about this plane and after doing some digging, we found out many things that make this video even more special.

For starters, consider that although 145 of these neat looking planes were built from 1959, only this one was airworthy. We say “was,” because the video was taken last year and since then this plane was involved in a belly landing (see this video) and there is no word on when it’ll be back up in the air. Sad but true.

As for this plane’s background, it was built by de Havilland as a two-seat fighter and designed right after World War II. It would be another decade before it was tested and introduced into service to land on carriers, but it did its duty well until the end of its service in 1972. It was then replaced by McDonnell Douglas F-4 Phantom II.