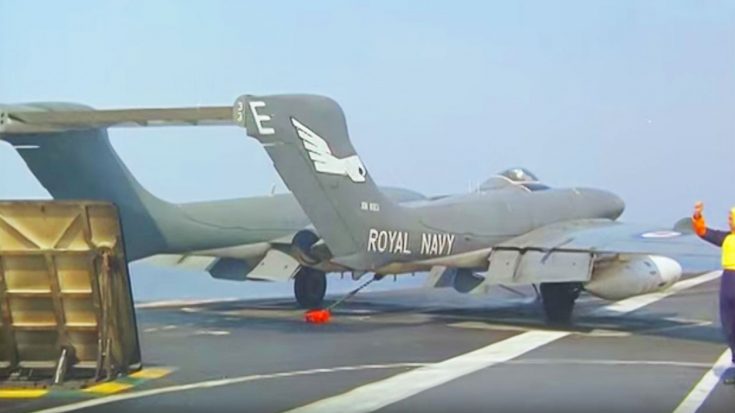 So Much History Here.

Here’s an interesting video we just found. Filmed by British Pathe, “a producer of newsreels and documentaries from 1910 until 1970 in the United Kingdom”, they were some of the first organizations to capture all sorts of war material. In this case, they focused on HMS Eagle and her operations in 1969.

This was just three years before the Sea Vixen was retired by the Royal Navy and replaced by the F-4 Phantom. We’re guessing this was the transitional period when both of these birds were operational and here you’ll see them taking off and catching the trap over and over again. It’s pretty neat to see these birds doing what they’re supposed to do all those years ago.

As for the ship, HMS Eagle was an Audacious-class aircraft carrier used by the Royal Navy. It was made as part of Britain’s military build up during World War II but although it was laid down in 1942, it wasn’t commissioned until 1951. She then served for over two decades but due to cutbacks to the Royal Navy, she was stripped down of useful parts and then sold for scrap. So goes the life of a ship.