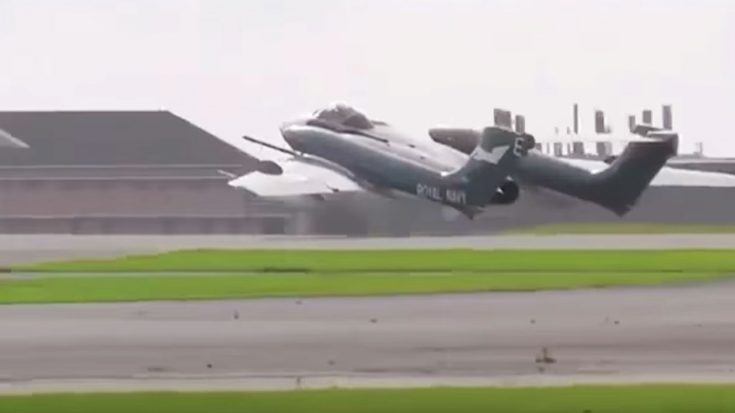 Last weekend was the awesome Duxford airshow which hosts countless aircraft. From B-17s to Typhoons, this is the airshow to witness if you’re in England.

One of the performers did have a bit of a scary moment though. A Sea Vixen by the name of Foxy Lady could not lower its landing gear when returning to its hangar in Yeovilton and was forced to belly land.

As you’ll see in the video, the whole ordeal transpired flawlessly. Coming in low and slow, the pilot put her down perfectly and rode the runway with emergency crews driving right behind her. There was a brief fireball on initial impact, so the pilot jettisoned his canopy in order to get away from the plane as soon as it came to a stop.

The damage was reduced as the Sea Vixen had her drop tanks attached, but the degree to which it was damaged is still unknown.

Sadly, this was the only airworthy Sea Vixen in the world so everyone in the aviation community is hoping she will be repaired, although no one right now knows if that’d be the case. We definitely hope so.

We found three different videos of this incident, all shot from different angles. Check them out below.