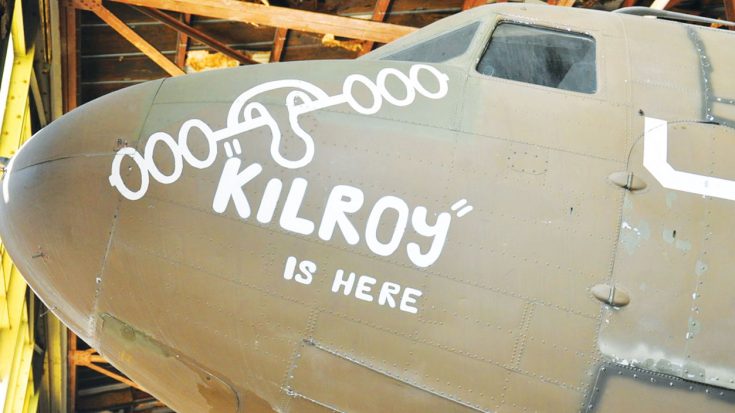 Memes. Sometimes you love them, sometimes you hate them. One thing’s for sure though. You can’t live without them.

“A meme is an idea, behavior, or style that spreads from person to person within a culture.”-Richard Dawkins | Ethologist and Evolutionary Biologist

Ever since the internet exploded, memes have sprouted everywhere. The ones that stick are funny and help us get through a tough day sometimes, which couldn’t be truer during World War II when almost every day was a bad day.

For this reason, Kilroy was born.

We’re not going to go into too much detail in this write-up, because of the video, which was made by Vox, explains Kilroy’s history pretty well. It’s extremely interesting and educational, so we hope you folks can get some new and cool facts out of it.

The important thing to remember here is that this drawing, which is essentially graffiti, was much more than just some simple scribble on a wall. It made soldiers laugh and made them feel at home when they were thousands of miles away fighting and dying on foreign soil. For something so simple, it did a lot during World War II.