See These Warbirds Land On Deck, Although Sometimes It Was A Bit Rough 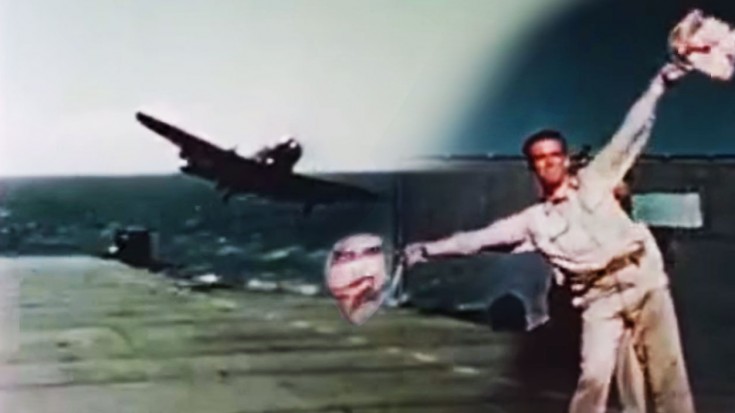 This short clip from the 40s was meant to give pilots an overview of what to expect when flying for the navy. As always, the colorful commentary will put a grin on your face, as back then it was just acceptable to throw in a gag or two to break up the tension. As you can imagine, being a pilot during World War II would make you extremely tense. This great piece of historical film will educate you a bit and more likely than not, put a smile on your face.

The LSO actually nurses everyone of these planes down to a perfect landing with body english, a few prayers…and the mandatory signal with the right hand paddle to cut the engine.-Narrator

For some quick facts, LSO stands for Landing Signal Officer who is a key person that helps pilots land on aircraft carriers. As the film will tell you, it takes two people to land on a carrier. The pilot and the LSO. Without him, a pilot would never be able to gauge his approach, especially with a Corsair which we all know had a hard enough time landing because of that ‘hog nose.’