What Sen. McCain Said About The A-10 Is Priceless 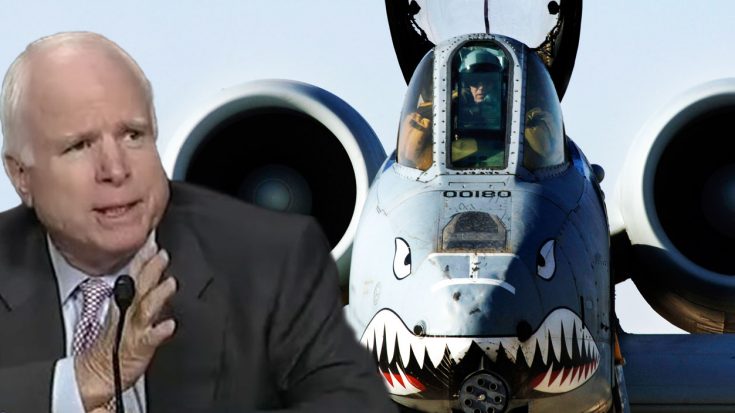 He’s Not BSing That’s For Sure.

Say what you want about McCain the senator. We don’t really care what your political stance is, as it’s personal and everyone is entitled to their way of thinking. We will, however, address what he said about a subject that is dear to our hearts. That would be the survival of the A-10 Thunderbolt II program.

Our belief that this is the best CAS platform is shared by many, many people. F-35’s joke of a Gatling gun can’t compare to the A-10’s GAU-8 rounds; rounds that it has over 1,200 of by the way. Yes, the platform is aging but it could stay alive if Lockheed wasn’t siphoning money like a vampire on Halloween.

We queued up the video to the perfect spot. Listen to the whole minute. It’s worth it.

Having said that, John McCain totally gets that. A Vietnam War veteran who was shot down and ended up a POW, we’re sure he knows a thing or two about air support. Even now, decades later, he’s fighting for the guys on the ground.

The whole video is about 5 minutes long and was taken during the Armed Service Committee hearing in 2014. We’ve skipped for you to the part where McCain stops buying crap from people who don’t know what the hell they’re talking about.

Check it out. We couldn’t have said it better ourselves.