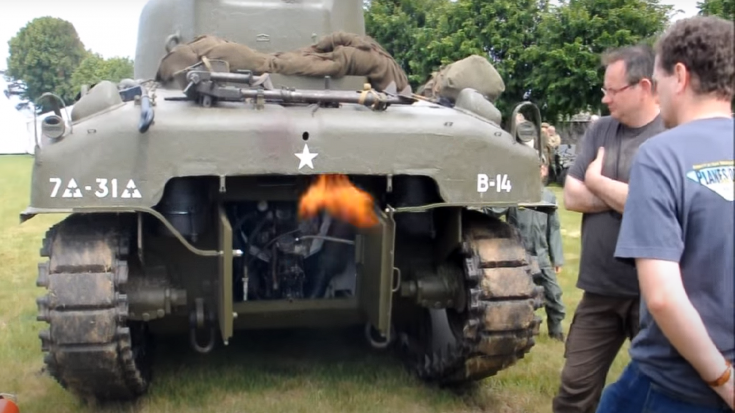 During the 65th D-Day Anniversary, this M4A1 Sherman and its crew were seen at Sainte-Mère-Église in France. The tank was part of an exhibit composed of other WWII-era machines doing demonstrations at the show.

In the video, the onlookers watched as the Sherman crew started up the tank’s engine. Almost everyone in the crowd was baffled at the amount of smoke the Sherman produced while starting up.

After a half-minute passed, the Sherman started to “spit flames,” much to the amusement of the YouTube commenters.

Funnily enough, the two men in the frame weren’t even bothered by the flames coming out of the engine. They even went as close as possible to the engine right after!

With that said, the power of the Sherman’s Continental R975-C4 radial engine was a pleasure to listen to. Check it out below!