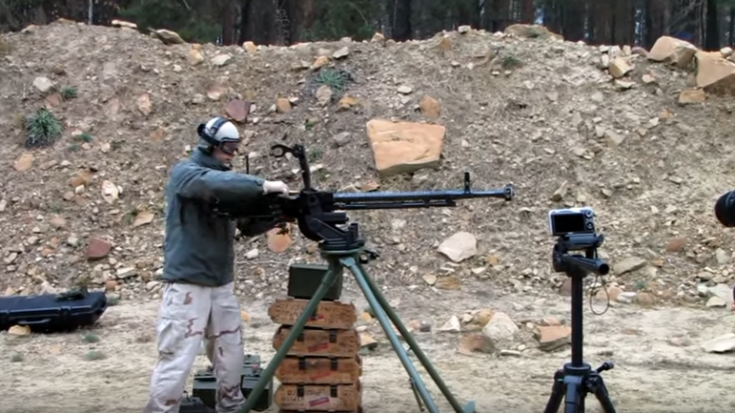 Does anyone else find this incredibly satisfying to watch? That muzzle blast is everything! I lost track of how many times I’ve put this on repeat. It’s so powerful and it’s one of those weapons you never wish to encounter when you’re on the receiving end. Imagine how these bad boys are in the battle field. They’re reliable and extremely effective.

Fun Fact: The DShK is the Soviet equivalent of the legendary M2 Browning. In June 1988, two smuggled Provisional IRA DShKs hit a British Army Westland Lynx helicopter for 15 times and thus forcing it to crash land.

When he fired it, it was almost deafening. It’s crazy just how loud that is. It’s undeniably a beast of a weapon and frightening to look at too. I just want to trade places with this guy. To get too shoot something like that, wow, that’s hands down incredible.