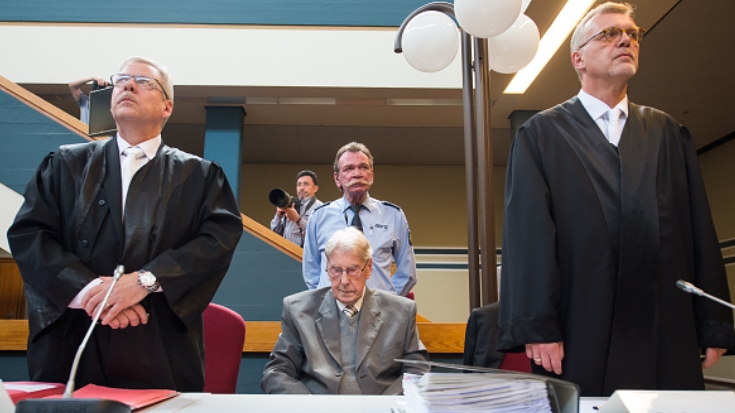 Over the course of the past 73 years, Nazi Hunters have sought out members of the SS to bring them to justice. Immediately after the fall of the Third Reich, many leaders of the Nazi party faced prosecution at the Nuremberg trials for their roles in the Holocaust and other war crimes. In recent years, the number of former Nazi party members has dwindled and there are many questioning the legitimacy of putting men in their 90s on trial.

Take for example the trial of Reinhold Hanning, a former SS guard at Auschwitz. At age 94, he was put on trial as an accessory to the murder of 170,000 Jews, Poles and Roma. Hanning was hardly more than a security guard but new legal strategies implement methods where even the lowest ranking Nazis can be held responsible for the Holocaust.

“How does mass murder get forgiven?”

Holocaust survivor Irene Weiss wants Hanning brought to justice for his role in the camps. She personally does not remember seeing Reinhold Hanning there, but still serves as a witness to the horrors of Auschwitz.

“There were the Nuremberg trials after the war, where the big shots and responsible officers were tried and often sentenced to death.”

So it begs the question, is it legitimate to go all the way down the chain rather than the main links holding everything together? Watch this video on the trial and then give us your thought.