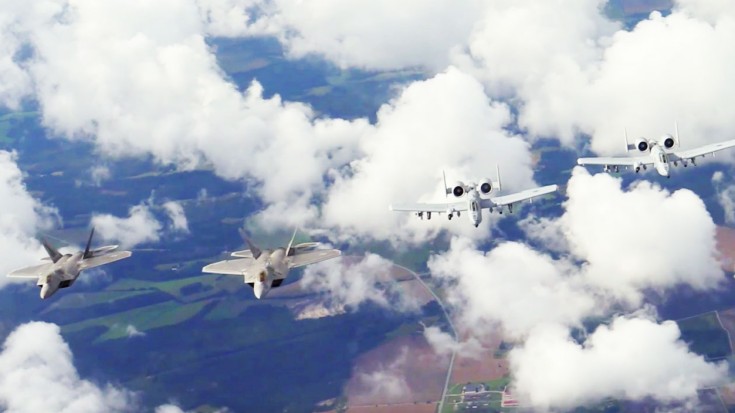 A Strategic Move To Show Support To NATO Against Russia.

During the first week of September, the Air Force sent two F-22 Raptors and two A-10 Warthogs to Estonia in order to provide reassurance as Russia’s aggression escalates in Europe. The 95th Fighter Squadron based out of Tyndall Air Force Base in Florida sent over 20 airmen, the above mentioned warbirds as well as a KC-135 Stratotanker for refueling purposes. They touched down on September 5th, 2015.

This refueling video was filmed by Air Force Tech. Sgt. Ryan Crane who regularly photographs for the Air Force.

Although more symbolic in nature than anything else, this brief visit reaffirmed that the U.S. has the most advanced and effective aviation technology in the world. When asked about the Raptor, Major Andrew Frye said, “It can fly faster and higher and farther than anything we’ve got in the fighter inventory right now in the Air Force.” For Estonians, this visit was a friendly reminder that the U.S. is there should things go wrong.