Since We Might See Some Flying Soon, Here’s The Difference Between An Atomic VS. Hydrogen Bomb 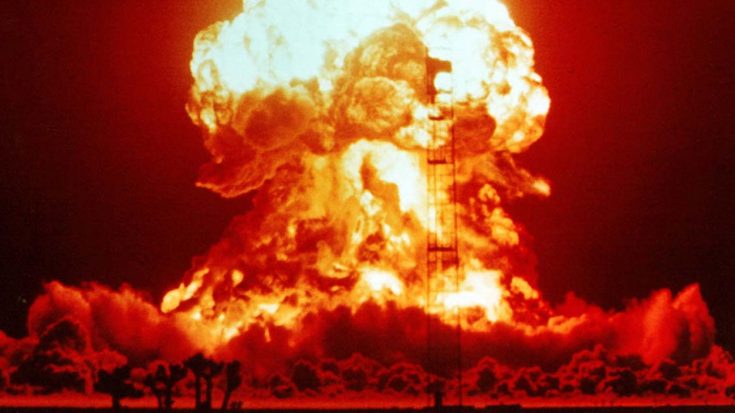 But Seriously, There Is A Big Difference.

This short video will give you a rundown of what makes a bomb a hydrogen bomb or an atomic bomb. Typically, we give a short write-up about what you’ll be seeing in the video but not on this one. It’s simply too complicated and we don’t want to mess up, so we’ll let the video do the talking. As for that, the guy breaks it down pretty nicely for everyone to understand.

The point here is education though. With all that’s going on in the world and people talking about attacking this country or that country, it’d be good if we knew what we’re talking about, hence, this video.

The first thermonuclear bomb (H-bomb) was first detonated in 1952 by the United States.

As a sidenote though, the headline is a half-joke. With tensions rising around the globe, it’s impossible to get away from these types of conversations. One thing is for sure though, despite all the nuclear talk, it ain’t gonna happen. No country is stupid enough to start launching their nukes because we all know how that’s going to end.

Let’s just say no one will be around to see it.