A Single Decision That Caused The Biggest Mistake In Aviation History 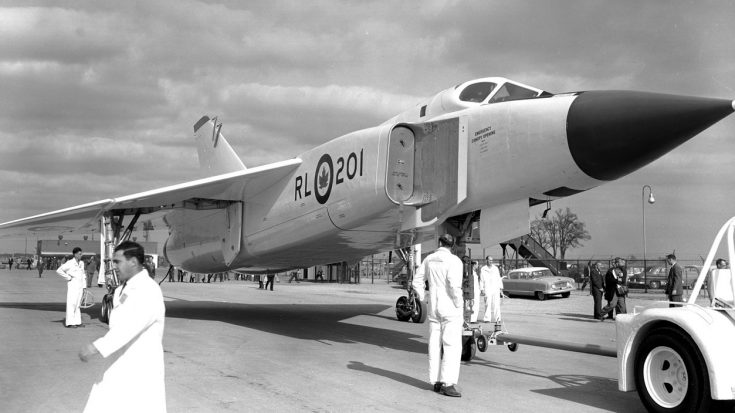 In the late 1950s, the Cold War was in full swing with the United States at each other’s throats. If the Russias were to launch an attack on the United States their bombers were likely to travel through Canada. The Avro Canada aircraft manufacturing division took it upon themselves to develop the fighter that would keep North America safe from those attacks, the Avro Arrow.

The Avro Arrow was the most advanced fighter jet in the world when it debuted in 1958. The Arrow had avionics, radar, agility, reaching speeds over Mach 2.5 and weaponry far beyond that of any other fighter taking to the skies at the time. Even its titanium airframe was something unheard of in aviation enabling it to achieve incredible performance. But the feature that stood out about the Avro Arrow was its amazing range, which would have allowed it to patrol the vast airspace over Canada.

Needless to that that the Avro Canada CF-105 Arrow was an astounding fighter jet. However, just as things were nearing completion the Avro Plant received news over the radio from the Canadian Prime Minister as he addressed the House of Commons.

The news came as a shock to the Avro Canada corporation who soon had to lay off the nearly 15,000 working on the Arrow project. The best fighter the world had ever seen was canceled, the factory shut down and all existing fighters were destroyed without even being preserved for museum displays.

In this video clip, several of the world’s top aircraft designers come forward to give their praise to the Avro Arrow, the best fighter that never was.