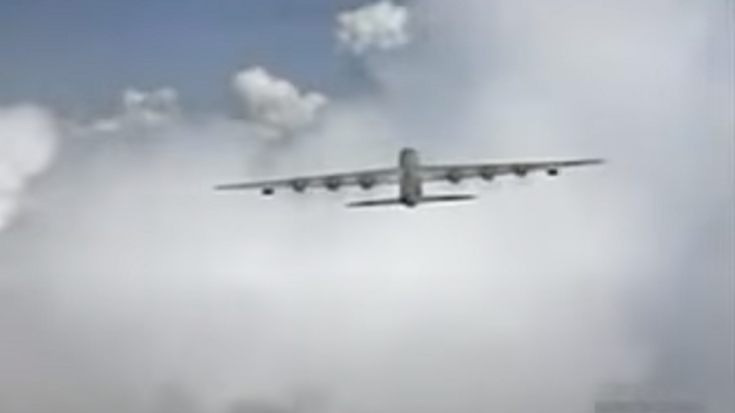 The “Strategic Air Command” movie did not disappoint when it came to featuring these WWII planes. Seeing this B-36 takeoff (no CGI!) will leave you breathless! Those kinds of shots are what you’re gonna get if one of your stars was an actual veteran pilot.

If any Hollywood star was capable of flying one for a movie, don’t look any further than Jimmy Stewart. He had a pilot’s license even before enlisting in the Air Force – he knew what it took to fly them!