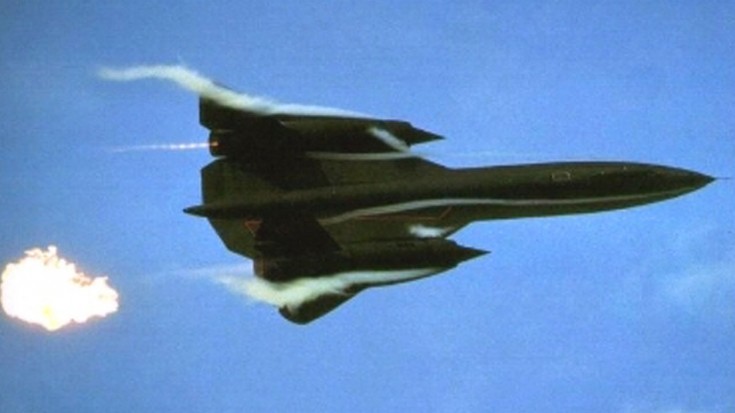 Now That’s A Thing To Experience.

This is sort of a bitter sweet video. Although shot in lower resolution, the SR-71 airframe that flies by is unmistakable. It’s sleek, beautiful and loud. The sad part? We’ll never be able to experience something like this first hand ever again. For now, all we have is these videos.

SR-71s were permanently grounded in late September of 1999.

This majestic warbird was captured back in 1990. While at NASA’s Dryden FRC, the Blackbird did two low passes and this happy and lucky spectator managed to tape the second pass. We got our title from his description. “Skeleton rattling” was something he described this event to be like and boy do we believe it.

The camerawork is a bit shaky in the beginning, but don’t get discouraged. While the cameraman gets settled, he gets that Blackbird into focus and the frame calms down. Then, he captures the flyby very well for all of us to enjoy.

As for the plane itself, it was piloted by Lt. Col. Terry Pappas that day. He spent over 5 years in Nasa’s SR-71 program, an honor and a privilege as you can imagine. You couldn’t be just a run of the mill pilot to fly these things and Pappas earned that for himself.