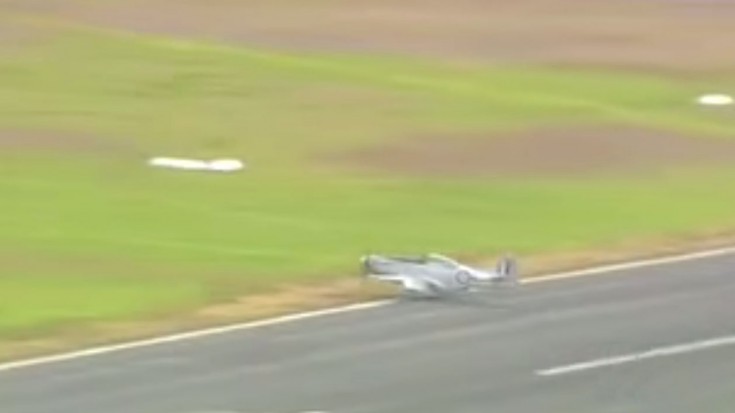 Great Landing By The Pilot And Amazing Work Of CFA Firefighters

This amazing story took place on May 4th, 2008, when John Dorward and his passenger took a joy-flight. While preparing for landing, Dorward realized that his landing gear has become stuck, with only one gear slightly extending. Knowing he was in for quite a tricky landing, he picked out a flat patch in a grassy field and belly landed the Mustang, taking into account that the partially extended gear might throw him off.

“Both of us got out, thankfully,” John Dorward, Pilot

As you’ll see, he came in perfectly and laid her down as gently as he could. Luckily, everything went as planned and she came to a stop in relatively good shape, considering the events. Since the tower was notified about the approach, the Australian County Fire Authority was ready to jump into action. Once the Mustang came to a complete stop, they doused her in foam, despite the fact that there was no fire. The rescue team wonderfully followed procedures and made sure that in case of a fuel leak, it would not ignite because of hot engine parts. Everyone working together, they made what could have been a disaster simply a scary day to remember.