What Happens To A Chinook When It Falls Just 50 Ft! 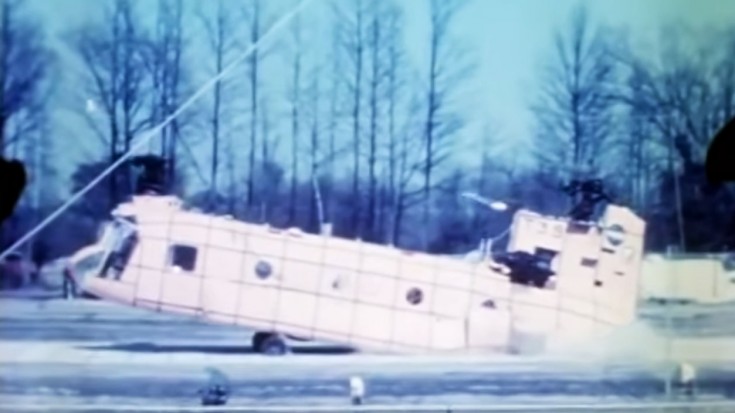 Boeing Thinks Of Everything.

When designing the next aircraft, engineers need to think of everything. From the shape of the fuselage to the tiniest screw in the back of a seat for example, everything needs to be carefully calculated. Crashes have to be taken into account as well, as you wouldn’t want a minor accident to turn into a disaster because something minor was overlooked.

For this reason, the test you’re about to see in the video was conducted. Testing out a fuselage with crash dummies inside, the helicopter was dropped at a velocity of 15.2 meters/second at a path angle of 53%. The pitch angle was 10%.

The test took place at the Langley Research Center which is where NASA’s aeronautics programs are studied although about 1/3 of them are space related.

This time NASA was testing the integrity of the CH-47 Chinook and it’s amazing to see how the helicopter twists and bends when it’s dropped from what seems like a low altitude. Also, the interior viewpoints are particularly interesting. See for yourself.