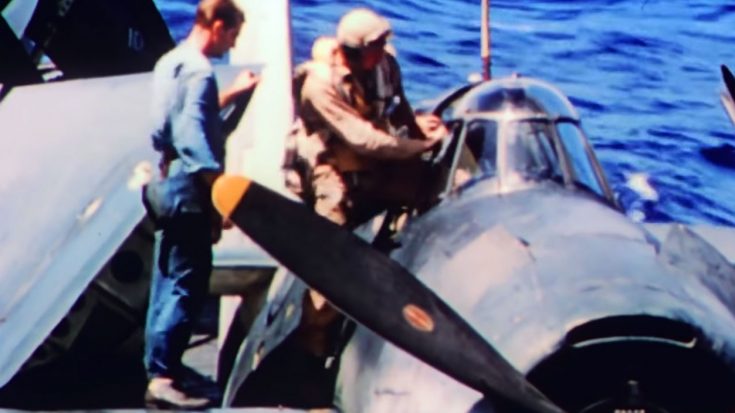 The Smithsonian Channel has done it again. They’ve resurrected World War II footage, colorized it and it’s now available for your viewing pleasure.

The name of the show is called The Pacific War In Color and they’re now playing episode 4 called The Enemy Underground. The synopsis of this show is as follows:

“After a disastrous start, Admiral Chester Nimitz’s island-hopping campaign across the Central Pacific has gained momentum and led his men to their largest and most important target yet: Saipan in the Mariana Islands. The nearly month-long battle on this island featured mountain sieges, Banzai attacks, white-knuckled dogfights, and escalating tensions between the U.S. Army and Marines. Color combat footage and testimony from the soldiers who were there bring this seminal moment of the Pacific War to life.” – The Smithsonan Channel

If you have cable TV, this show airs every day for the next week at 3:00 P.M. ET/PT. If you don’t have a cable box, you can also purchase the episodes on Amazon Video, Google Play and iTunes.

You can find a short excerpt from the episode below. It’ll give you an overall look at what this series is about and by the looks of it it’ll give you a different perspective on this time in history.