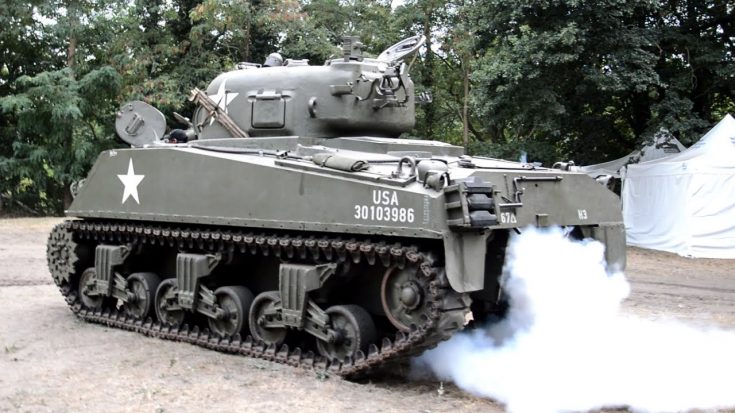 In the video, an M4 Sherman (105mm) owned by the Belgian WHI (War Heritage Institute) was being started and driven. This tank was restored by the teams of the WHI.

The footage was taken during the Tanks in Town event this year. It’s a popular gathering of WWII tanks in Mons, Belgium.

Although it produces a lot of smoke in the beginning because of the engine’s configuration, you might find yourself caught in the Continental R-975 9-cylinder radial engine’s wonderfully impressive sound. Because it’s a radial engine, if it isn’t running, plenty of oil is stored in the lower cylinder, thus, causing a lot of smoke.

Do you love the sound coming from the radial engines? Well, it’s mighty impressive for sure!