Some Crafty Maneuvering With The Seafire 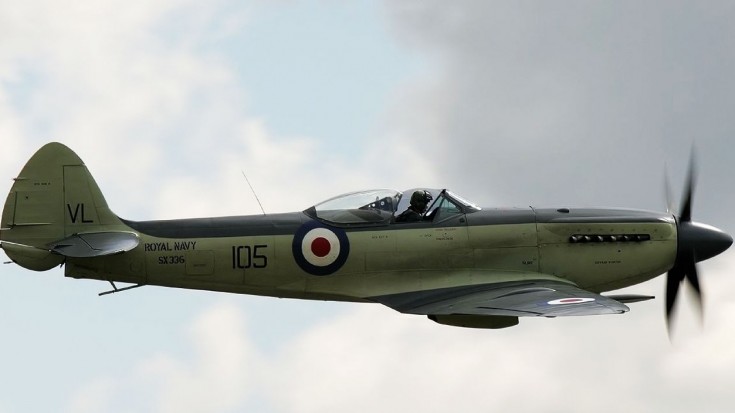 The Supermarine Spitfire is a British made fighter aircraft designed for the Royal Navy and later used by many Allied forces. It was originally made as a short-range interceptor but soon became the backbone of the Royal Air Force due to its high performance and victory to loss ratio. Much appreciated by the fighters who flew them, the British produced over 20,000 Spitfires which were then used well into the 1950s.

The Seafire that you’ll see in this video is a special variant of the Spitfire that was adapted for aircraft carriers. Since the British did not have an aircraft specifically designed for carrier landings, they modified the Spitfires by strengthening their airframes, adding folding wings to conserve deck space and attached arrestor hooks. With these modifications, the now carrier ready Seafires could fight over the water, but were still relatively behind carrier ready Hellcats and Corsairs that came out of the U.S.