Some Will Say ‘Amazing,’ Others ‘Insane.’: P-51 Mustang Crazy Fly-Pass! 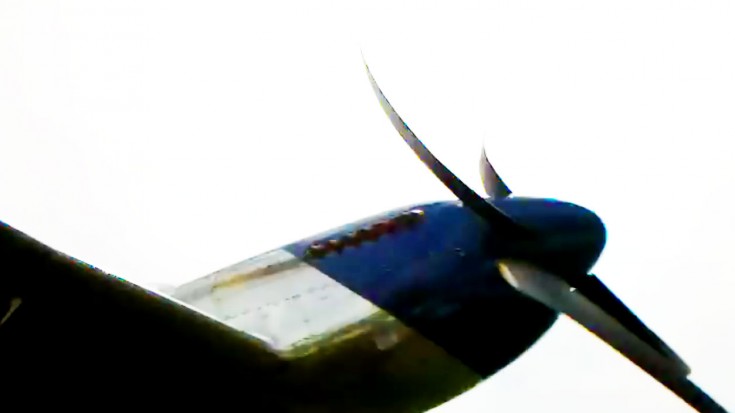 Not Sure How This Came To Be, But We’re Glad We Got To See It

Lets start off by saying that this kind of flyby is probably illegal in most places, but nonetheless, it happened and was caught on tape. What you’ll think is a dot in the sky will become a full size P-51 Mustang within seconds, whizzing by what we can discern is about 10 feet from the ground. The cameraman ducks out of the way (probably a good idea) but still manages to catch the length of the aircraft. It’s ridiculously close to say the least!

The Mustangs were famous as soon as they entered the War. Able to travel longer distances at faster speeds, the Mustangs were perfect fighters, fighter-bombers as well as escort planes on bombing missions. During their relatively short World War II career, these warbirds scored just under 5,000 enemy kills. The airworthy surviving Mustangs are now preserved and used during historical aviation air shows as well as speed races, as some are heavily modified.