Sorry To Be The Bearer Of Bad News, But The Pilot Of Yesterday’s F-16 Crash Died 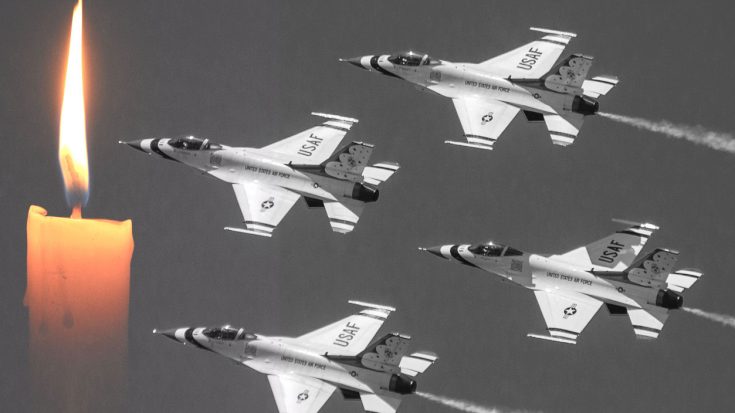 On April 4th, 2018, an F-16 Fighting Falcon operated by the U.S. Air Force Thunderbird display team crashed during a routine practice flight. The elite class pilot of the aircraft did not make it. The incident happened over the Nevada Test and Training Range where the famous display team practice.

The crash is under investigation and the name of the pilot will not be released until next of kin are notified.

This was one of three accidents that happened in the last 48 hours. A Marine Corps CH-53 crashed yesterday killing all 4 onboard as well as a Harrier Jump Jet in which the pilot successfully ejected, sustaining just minor injuries.

A U.S. Air Force Thunderbirds pilot was killed when his F-16 Fighting Falcon crashed over the Nevada Test and Training Range today at approximately 10:30 a.m. during a routine aerial demonstration training flight. https://t.co/5dLwe3Gs2A

Although all the incidents in the past 48 hours are still under investigation, this point has to be made. With the cuts to the military in the past decade it’s become apparent we’re not maintaining our military the way we should. Not only is some of U.S.’ equipment decades old (although upgraded), parts and labor are being cut as part of the overall budget decrease.