Spectators Get Buzzed By Mustang 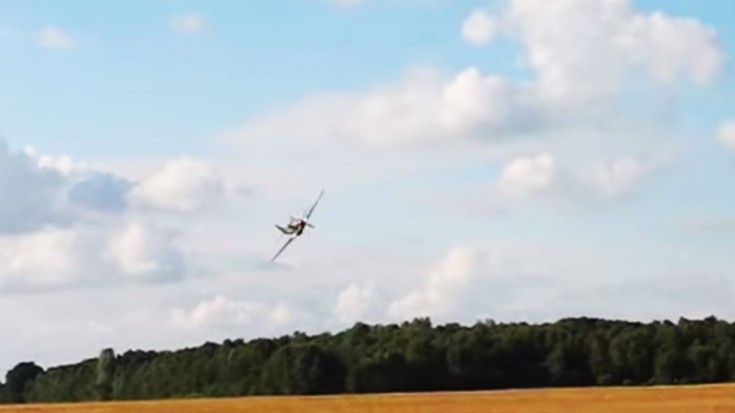 You Could Fly Over Me Like That Anytime You Want

The P-51 Mustang was designed and produced by North American Aviation as a fighter and fighter-bomber. The first airframes rolled out in 1940 and by the end more than 15,000 units were produced. Originally, the Mustangs were going to be fitted with the Allison V-1710 engine, but that limited their performance at higher altitudes. The next version, the P-51B/C model, had a more powerful Rolls-Royce Merlin engine, which made them more formidable opponents against the Luftwaffe’s Bf 109s. The latest and final version of the Mustangs sported the Packard V-1650-7 engine, which was simply a license-built version of the even more powerful variation of the standard Merlin.

The Mustang engine made it quite an adversary:

As they are fast and maneuverable, the Mustangs are perfect for air racing. Many P-51s that fly today are heavily modified, with different wing lengths and reinforced airframes to handle the Gs required for fast turns. These racing Mustangs typically have a designation of P-51S, and when you see one, you definitely know that it’s not your typical Mustang.