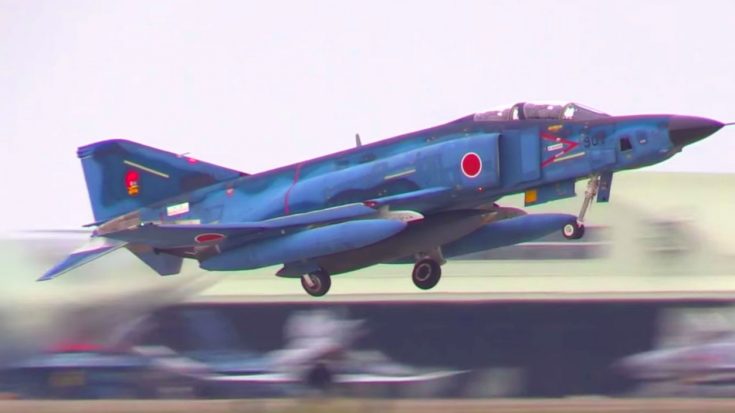 The F-4 Phantom had its time in the sun serving for the United States Air Force. Some might even say it stayed a little too long even when it was considered a flying brick. The Phantom’s time may have passed in the United States, but in the land of the rising sun they still proudly fly the F-4.

Hyakuri Airbase in Japan is one of the last places in the world where F-4 Phantoms are still deployed for combat missions. The Japan Air Self-Defense Force has a variety of combat aircraft in their stable including 62 Mitsubishi F-2s, 155 F-15 Eagles, an F-35 and the upcoming X-2. But Japan still remains world’s largest operator of F-4 Phantoms with 71 in their stable, ready for combat.

Tensions have been escalating in the South China Sea as China continues to expand a territorial reach and North Korea tests nuclear weapons. So now more than ever the pilots Japan Air Self-Defense Force need to ready for action in their F-4 Phantoms and continue its proud legacy in aerial combat.