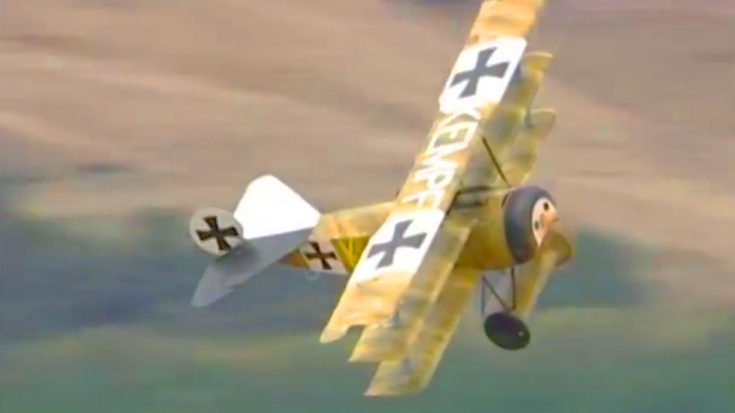 During the first World War planes were a relatively new concept but they began to take off. Pilots shot at each other with pistols and dropped bombs but these methods proved more dangerous for the pilot than their intended targets. It wasn’t until a French pilot named Roland Garros got the idea to mount a gun on his aircraft and the first fighter plane was born.

Roland Garros and his fighter plane managed to score five aerial victories before being taken down. His fighter plane soon found itself in the hands of the Germans who brought it to engineer Anthony Fokker to be reverse engineered. Fokker was quite impressed by the makeshift gun attachment but realized that shooting at your own propeller made things too dangerous. Within 24 hours he created a device called the interrupter gear that would only be primed to fire when the propeller blades were out of the way. Soon the skies of WWI were filled with fighter planes utilizing the interrupter gear and military aviation was in full swing.

The fighters of WWI still have incredible speed and accuracy 100 years later. This is truly impressive considering that aviation was barely out of infancy at the time. The Historical Aviation Film Unit has brought together several WWI fighters in an aerial display that is sure to impress, check it out in this clip.