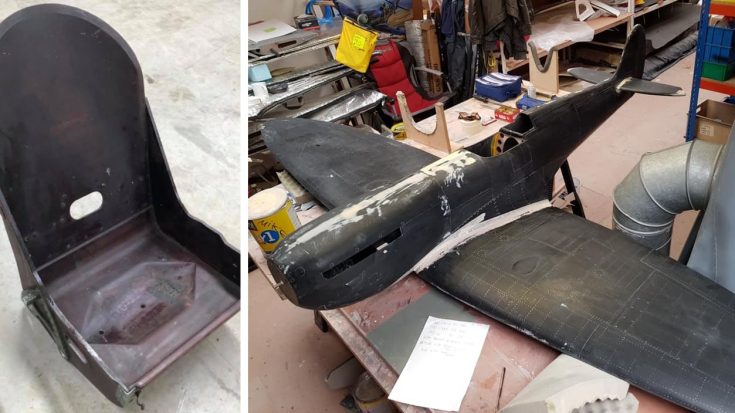 Spitfire AA810, known as Sandy’s Spitfire, is an impressive aircraft. She’s the earliest example we have today of a surviving PR.IV Spitfire. She also has quite the history, having flown 14 long-range operation sorties. It’s not often you hear of Spitfires going the distance, but this one would often spend up to 5 hours in the air.

When she crashed with 49 hours and 47 minutes of operational flying, AA810 went down in history as the  highest front line houred machine of all surviving MK1s.

Recovered in July 2018, she was still in decent shape at about 70% intact. Thanks to snow and a peat bog, even a lot of the rubber fittings were still in good condition.

The Spitfire had plenty of material to work with. However, a few things were missing. One of those was, well, the seat.

Did you know that Tufnol played a very important role during World War II with our products used across many industries including aircraft, radio, machine tools and quarries!! https://t.co/l6KCeKZZfX pic.twitter.com/ww9jnV0OMT

Most Spitfires that operate today have the newly manufactured aluminum seat. They aren’t necessarily inaccurate, as that kind of seat was used in the early pre-war Spitfires, but they’re really only used because they can be easily made from scratch.

But this project has some pull. Tufnol Composites LTD in Birmingham will be remanufacturing the phenolic resin and paper seats that were once a standard in the Spitfire. This is exciting news!

“It is a privilege for Tufnol to be supporting this great aviation heritage project with our legacy product. Tufnol has operated from the same premises since 1929 and in the war worked closely with the nearby Spitfire factory at Castle Bromwich. Today 40% of our business is in the aviation and aerospace sectors, these seats represent some of our oldest products and it gives us great pleasure to make these items again.” – Roy Thomason, MD of Tufnol Composites Ltd

The plan is to produce a small production run of airworthy seats. We can’t wait to see how good it will look in Sandy’s Spitfire!