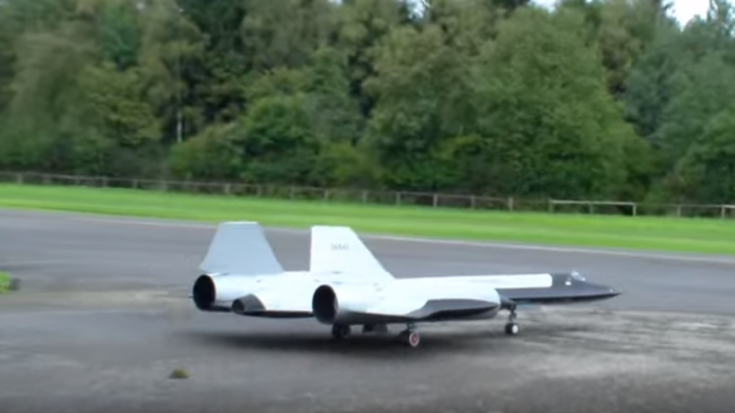 Out of sheer frustration of no longer seeing the SR-71 take flight (not that we’d actually notice it anyway, lol), I’m now putting this RC model plane on my bucket list. In case you haven’t noticed, I’m a huge fan of the Blackbird. Why? I could list a hundred reasons but I’ll only mention two: first, it still holds the record for being the fastest aircraft which has flown and second, would you believe that in all of its years in service it has never been hit by a missile? Yes, NEVER! Now that’s a real feat.

Anyway, back to this badass model. This is a prototype built by Roger Knobel. Oh and he has three of these bad boys, by the way. I must say, this is an exceptional piece of scale modelling and it makes me wonder what those other SR-71s look like. Beautiful landing there, too!