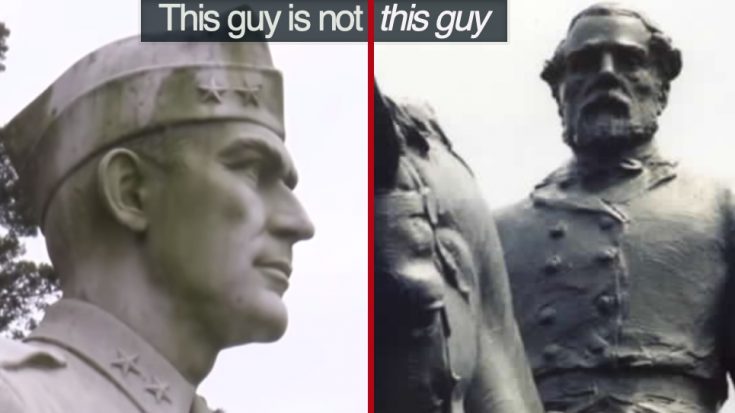 Vandals in Dunn, North Carolina, apparently need a history lesson. Following the recent spree of removed, relocated, and vandalized statues of Civil War era Confederate statues, it appears that some vandals may have made a huge mistake.

But while it may be a case of mistaken identity, the damage doesn’t hurt any less.

“This is not a Civil War museum and this is not Robert E. Lee. This is General William C. Lee from United States Army Airborne from World War II, so I was hurt and surprised that somebody would actually do this.” -Mark Johnson

The local fire station was able to put the fire out, but the statue did blacken on the left side. Plans are already in place to repair the statue.

Father of the Screaming Eagles

So who was Major General William C. Lee? He was the commander of the Army’s 101st Airborne, or Screaming Eagles, the United States’ first paratroopers. He didn’t just command them though.

After WWI, he witnessed paratrooper training in Germany as a peacetime observer and brought his fascination home with him. He was a champion of developing paratrooper troops from conception to training to deployment. He even trained to jump with his troops on D-Day, but unfortunately suffered a heart attack and was ordered to the sidelines just before the attacks were to take place.

C. Lee was a big deal. A well-respected hero. He was the Father of the U.S. Airborne.

“The 101st has no history, but it has a rendezvous with destiny.”

Learn more about the disappointing event in the video below.