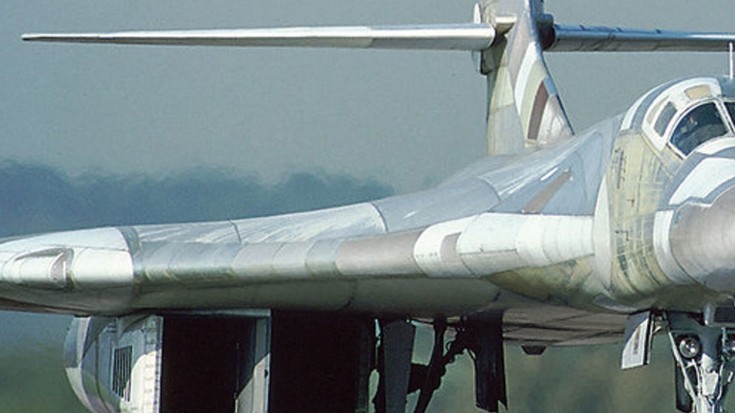 This Thing Is Fantastic.

We’re really hoping we’re not going to be hanged for this, but we have to say it. Russia’s TU-160 Blackjack is one sexy mother of a plane which has a quite suitable nickname, The White Swan. Let the comments troll in…

Don’t get us wrong, we love our beloved B-52 Stratofortress and B-1 Lancer, but the Ruskies definitely made their heavy strategic bomber with a different idea in mind by combining the two if you think about it. It’s more chiseled with a very unique intake configuration when it comes to a bomber.

Aside from its looks, this plane is also the biggest and fastest bomber in the world. It’s about 18 feet longer than a B-52 and its wingspan is 4 feet wider when its wings are expanded. This brings us to yet another point.

Like the B-1 Lancer, Tu-160s have what’s called variable sweep wings. During flight, the wings can be folded back from 65 degrees to 20 degrees as the plane flies faster. This is where another pretty astonishing fact surfaces. Although it’s much bigger than the Lancer and just slightly bigger than the B-52, this bomber has them beat on top speed by 550 mph and 730 mph respectively. It tops out at 1,380 mph.

There are of course pro and cons that we could list forever as there’s really no true comparison of these planes. We just want to show some of you that this thing actually exists, as many people don’t really know about it.

Check out this video to see what the interior looks like. It’s pretty neat.