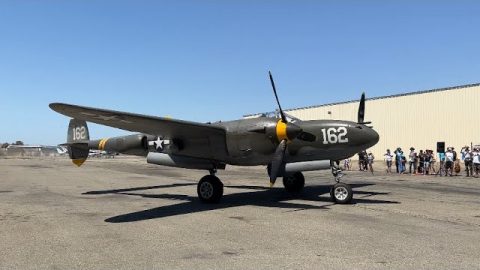 Almost 80 years since its delivery into service, the Planes of Fame’s P-38J can still pull off quite a show. Used as a training aircraft during the war, it was bought by Planes of Fame after its retirement.

Thanks to the generous contributions of the Pond family in 1988, this P-38 was restored to be airworthy and was even included in a movie called “Iron Eagle III”.

Now, the Planes of Fame museum uses the aircraft in their airshows and for display. These shows garner a lot of interest from aviation enthusiasts and history buffs alike.

The legend of the P-38 lives on through foundations like this. These guys aim to preserve and honor aviation pioneers and veterans while educating the public.