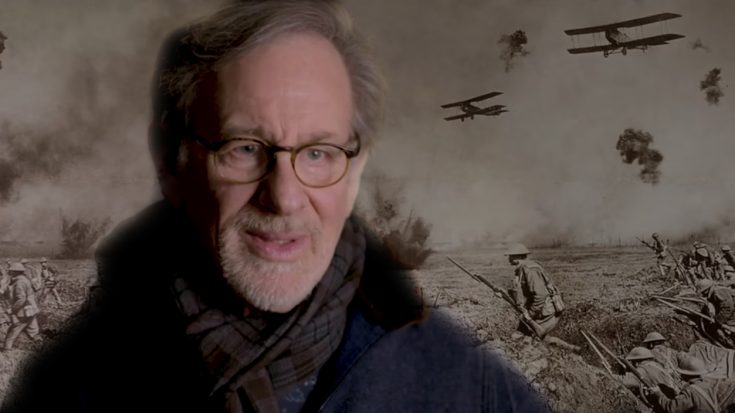 Steven Spielberg is a household name with an impressive resume including “Saving Private Ryan,” “Indiana Jones,” and “Jurassic Park.”  This is why we’re totally excited that his name is attached to an upcoming WWI film in the works, titled “1917.”

As far as the plot goes for “1917,” not much has been shared. What we do know, however, is that Spielberg is teaming up with Oscar winning English director Sam Mendes and that the WWI drama will hit theaters in December 2019.

Director Sam Mendes will helm and co-write the World War I movie ‘1917’ alongside @WeWriteAtDawn, for #StevenSpielberg’s production company @amblin – Spielberg has described the project as ‘hugely daring’ and ‘ambitious’

Spielberg and Mendes had previously worked together on “American Beauty” in 1999. Mendes is also the director of two Bond movies, “Skyfall” and “Spectre.”

“1917” is already in pre-production and filming will begin in April 2019 at a Glasgow dockyard with at least George McKay (Captain Fantastic) and Dean-Charles Chapman (Tommen Baratheon in Game of Thrones) in leading roles.

The film project had also applied to film near Stonehenge. Despite some objections by locals, the trenches that will be built for the set should not pose any danger to the 5,000 year old site and production has been cleared. Some 500 people are estimated to be employed on set.