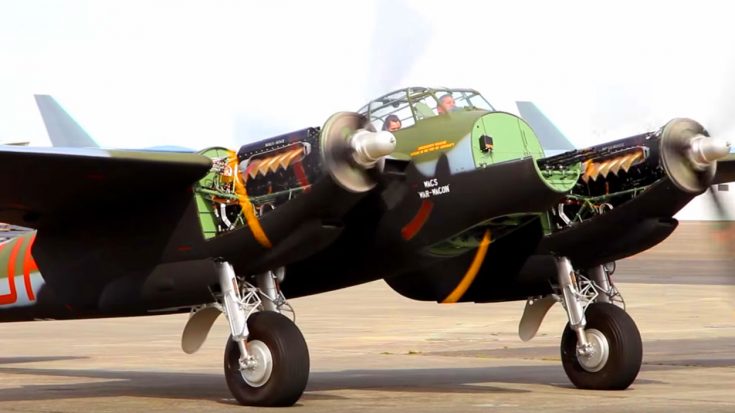 The Wooden Wonder, the Timber Terror, the Loping Lumberyard or as it is officially known, the De Havilland DH.98 Mosquito. This light bomber earned its place in history for serving the Royal Air Force. The De Havilland Mosquito started off as a light bomber using its incredible speed to attack targets and evade enemy attacks. Soon enough the Mosquito underwent modifications and became a fighter as well as a reconnaissance aircraft.

“The de Havilland Mosquito was the anti-Fortress, a bomber proposed to the Royal Air Force with speed as its salvation, not guns. Many forget that the Mosquito turned out to be the first of its kind and the B-17 the last of its line. Never since have bombers truly been armed defensively.”

One of the factors that attributed to the amazing speed of the Mosquito was its wooden airframe. During WWII as metal became scarce, Great Britain hired out of work carpenters to construct the frames of Mosquitos. The wooden materials were lighter than metals and easy to repair if the plane sustained damage.

However, the other contributing factor that made the De Havilland Mosquito the world’s fastest plane for a time were its Rolls-Royce engines. Those twin Rolls-Royce Merlin engines could get the Mosquito hitting speeds over 360 mph. This video has a Mosquito with its Merlin engines exposed so you can hear how loud they really are when they get going.