Stukas Getting Picked Off In This Action Packed Trailer 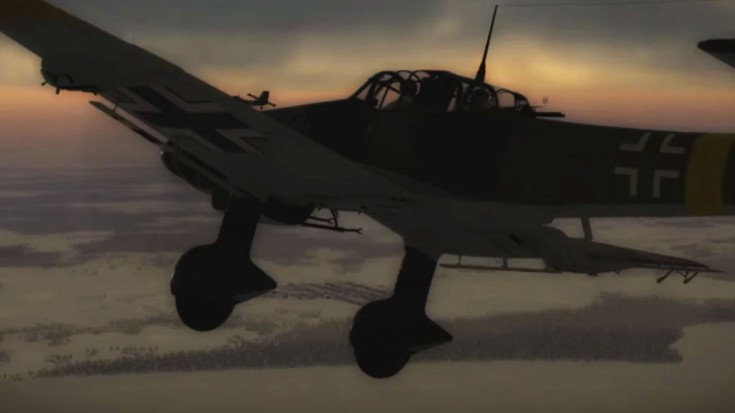 How Great Is This?

Last week we showed you guy a fan made trailer from the game War Thunder. Looking back at your responses, it seemed like most of you enjoyed the footage despite it being animated. These guys are really good with graphics so these short movies are spectacular and of course they had more of them.

The last trailer depicted B-17 formations attacked by Bf 109s which were fend off by bomber escorts. This installment features a different side of the war, namely, the eastern front.

The Battle of Stalingrad was an almost six month ordeal which took the lives of over 1 million people. Almost 4,000 aircraft were shot down as Russian skies were riddled with bullets competing for air superiority.

Stukas had specially designed dive breaks which slowed the plane to avoid pilots blacking out due to extreme g-forces.

This awesome trailer depicts just that. Featuring Russian Il-2 Sturmoviks for the most part, they take down the Luftwaffe. There are some really great dogfights between Il-2s and Bf 109s, but one of the best scenes is the take downs of Stukas.

Ju-87s, more commonly called Stuaks, were specially made Nazi dive bombers. Although not equipped to defend themselves against fighters, their bombing capabilities were highly effective. They were used heavily during the Battle of Stalingrad which is exactly what this clip depicts.