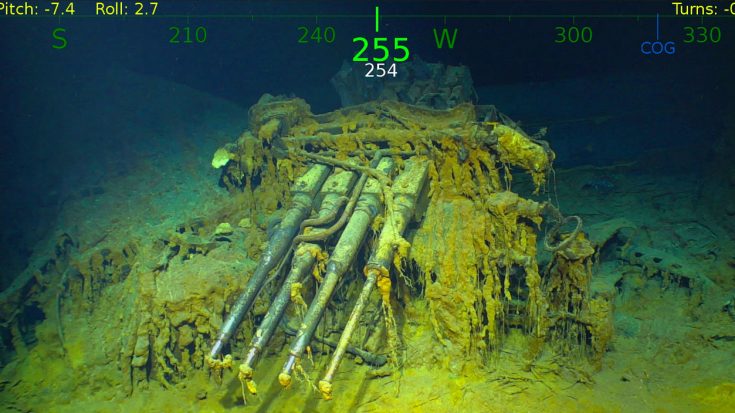 Early this week an underwater expedition led by Microsoft co-founder Paul Allen located the remnants of the USS Lexington. Lost for 76 years the wreck of this aircraft carrier holds a gold mine of information. So far only snippets of images and a short video have been released but now the team from Navigea Ltd. has unveiled a more inclusive look at the lost ship.

So far little bits of information have trickled out from the R/V Petrel Submersible crew as they conduct their exploration of the wreck. The debris field is roughly a nautical mile in size which includes pieces of the carrier and some of the aircraft not far away. The expedition also discovered an American torpedo which failed to detonate while attempting to scuttle USS Lexington.