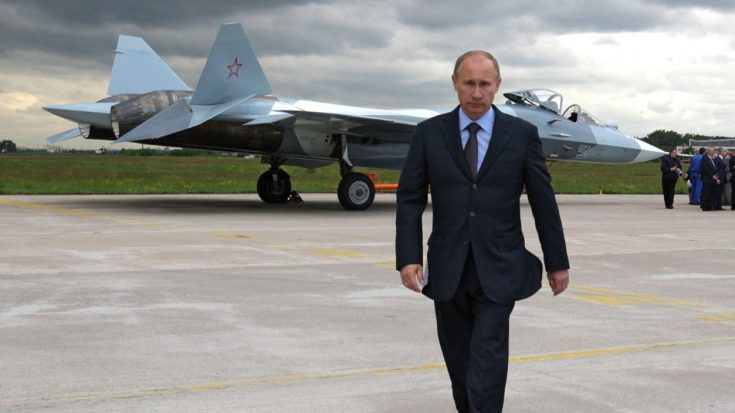 Several Governments are fixated on stealth technology for dominance in aerial combat. Japan is making excellent progress in the development the Mitsubishi X-2. China has the Chengdu J-20 which is faulty at best with its list of imitator technology. While the United States has the F-35 which has been wrought with several setbacks and is not combat-ready. However, Russia has made the announcement that their Sukhoi T-50 ready to join the air force as early as 2017.

Russia and the United States have always been fierce competitors whether it’s the Space Race or Cold War. Pressure yields results but it seems as if Russia finally has the upper hand on fifth-generation stealth fighters. The specs of the T-50 are comparable to the F-22 although only a little slower than its American counterpart. The T-50 is equipped with ten weapon pods which can be outfitted with external weaponry.

“Its piloting, navigational and other characteristics enable it to detect other aircraft from a very long distance… it is unequalled in this. We have something to be proud of, and we are glad that such a machine is coming to us.”

The Sukhoi T-50 development program costs between $8-$10 billion and each individual unit will cost $50 million. Newly released footage has displayed its speed, agility as the fifth-generation fighter prepares to join the Russian Air Force.