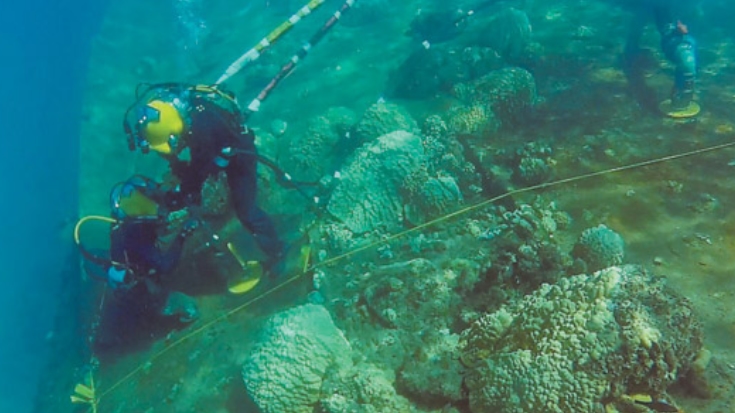 The Prinz Eugen once stood as one of the most prominent warships of the Kriegsmarine during World War II. The heavy cruiser earned its place in history during the Battle of the Denmark Strait where it helped to defeat the HMS Hood. Following the end of WWII, the Prinz Eugene was surrendered to the Allies and sent to be destroyed nuclear blast near the Marshall Islands. However, the remains of the legendary German warship have long held a looming threat and the US Navy is stepping in.

The Prinz Eugene has sat at the floor of the Pacific Ocean since the Bikini Atoll nuclear tests and that has caused some concern. While the vessel makes for a great tourist destination for divers it also presents an environmental hazard. The coral reefs near the Marshall Islands are at risk from potential leaks from the sunken ship. The US Navy has finally taken action and begun extracting the Prinz Eugen’s oil reserves.

Researchers have long been worried that a typhoon could tear the ship open leaking the Prinz Eugene’s oil reserves. Salvage teams will extract up to 250,000 gallons of old in a drilling process known as “hot tapping.”

“Hot tapping allows us to safely tie into the many tanks without leakage by creating a secure opening to place the valve, hot tap machine and pipe for pumping from the highest point on the tank.”

The nearby areas have suffered enough over the years from leftover radiation caused the atomic bomb testings, the last thing they need is an oil leak. This will make the area safer for natives as well as divers coming to explore the wreckage of Prinz Eugen.