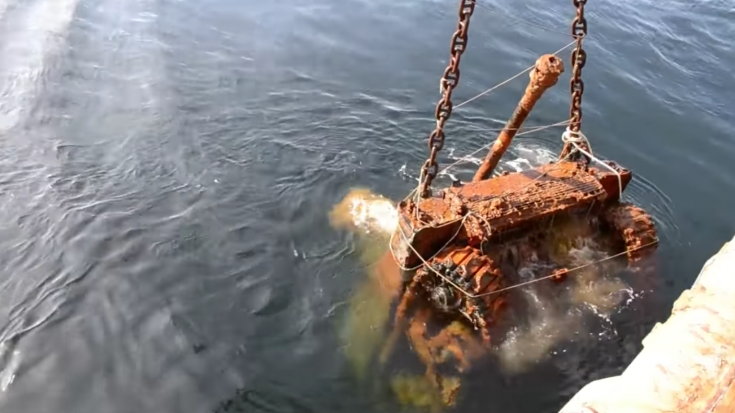 The USS Thomas Donaldson was bringing cargo towards the Soviet Union to assist with the war effort. Unfortunately, the vessel never reached its destination and was sunken by an attack from a German U-boat. Now after more than seven decades at the bottom of a watery grave, the valuable contents of that ship are being brought to the surface.

The valuable cargo of the USS Thomas Donaldson was, in fact, Sherman Tanks brought to the Soviet Union by American via the Lend-Lease agreement. Explorers stumbled upon the sunken wreckage of the American vessel about 12 years ago, but no attempts were made for a recovery until recently. Transporting cargo on Liberty Ships was among the most dangerous occupations of WWII, as German forces targeted them before they could be used against their own forces.

“About 1,400 merchant ships delivered essential supplies to the Soviet Union. Of these, 85 merchant vessels and 16 Royal Navy warships (two cruisers, six destroyers and another eight escort ships) were lost.”

Now the rusted M4 Sherman tanks see light for the first time in seven decades as they are brought to the surface. See the full video here of the difficult yet very impressive recovery of the Sherman tanks.