This Super Hornet’s Booming Supersonic Flyby Will Give You Chills 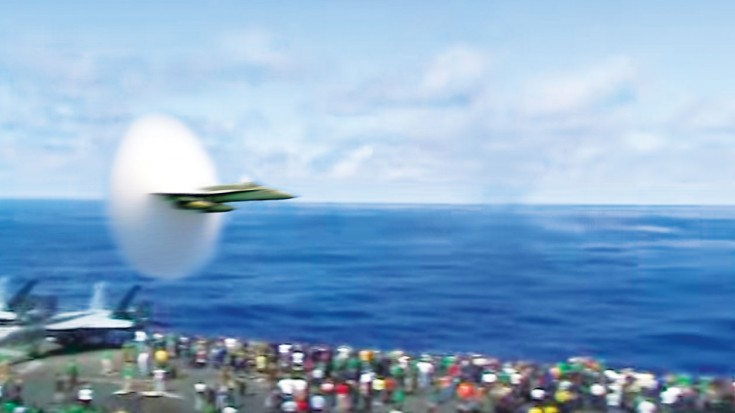 It really doesn’t. Every time we hear a sonic boom, be it at a base for real or even on a video somewhere on the internet, that spectacular sound and amazing blur of a plane are a tremendous thing to witness.

In this little video, although short, we see exactly that. A Super Hornet booking it past Mach one, a fantastic vapor cone appearing just before it reaches the deck. Judging by the fact that everyone was on deck, it was all planed to give the crew something to marvel at. Also, there were so some civilians onboard judging by their outfits, so everyone got a pretty nice thrill.

“Cover your ears for the supersonic pass!”-Announcer

Just as a side note, the pass took place alongside USS Ronald Reagan. This Nimitz-class super carrier can haul a crew of over 5,000 and carry up to 90 fixed wing aircraft as well as helicopters. It’s practically a small city in the middle of the ocean. This massive ship was commissioned in 2003 and served with distinction ever since.