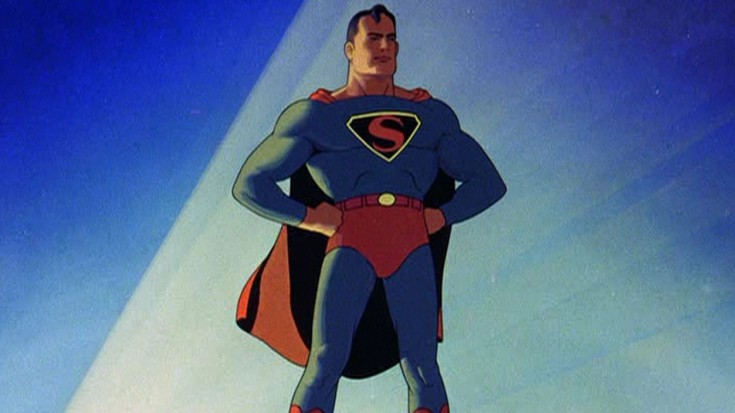 A Hero At War.

This week as the world turns its attention towards San Diego Comic-Con the annual celebration of all things comics, we will turn our attention to the character that made comics such an important part of American culture and that character is Superman. Created by Jerry Siegel and Joe Shuster, Superman made his debut in Action Comics #1 in June 1938 and since then he has been an icon for truth, justice and the American way. In the 1940s Superman’s popularity took him from the pages of ten cent comic books into a successful radio show and then into a cartoon by Max Fleischer, the legendary animator who brought us Popeye and Betty Boop.

“In 1941, the studio once again found success animating a much beloved comic strip character: Superman. Considered by many to be some of the best animated films ever made, the Fleischer cartoons gave Superman the power of flight (until then he could only leap tall buildings) and coined the famous phrase “Faster than a speeding bullet! More powerful than a locomotive! Able to soar higher than any plane!” The first film in this series, entitled simply “Superman,” was nominated for an Academy Award and is featured as one of the 50 Greatest Cartoons of all Time”

During World War II Paramount Studios began aiming the focus of their characters on propaganda to support the war effort, they began by having Popeye join the US Navy and soon after the Man of Steel began to take on the Axis Powers. Released on September 18th, 1942 the Superman cartoon titled “Japoteurs” features Japanese spies hijacking a bomber plane and it’s up to Superman to save America from enemy attack. Although this short film made over 70 years it is still absolutely beautiful and is the definition of timeless.