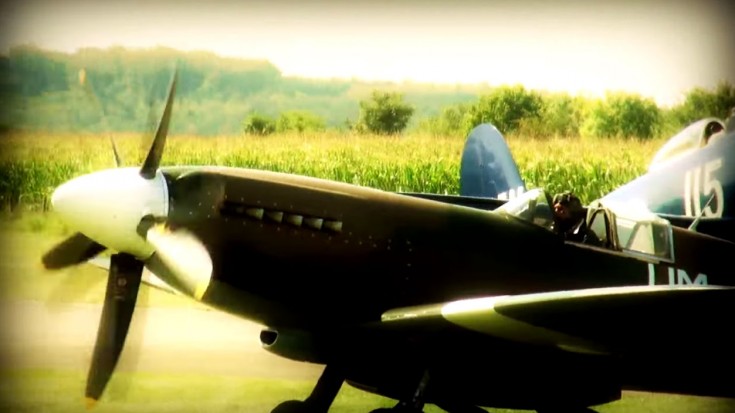 One Of The Most Mesmerizing Spitfire Videos Yet

The Supermarine Spitfire was arguably Britain’s most notable and highly modified fighter aircraft used in World War II. Employing numerous wing configurations to suit particular needs, the Spitfires were the most produced British aircraft during the war. Over 20,000 of them were built over the span of a decade, with many variants that made them more effective against the German Bf-109s as the war progressed. Their predecessor, the Hawker Hurricane, inflicted heavy damage on the Luftwaffe at the beginning of the war and was later greatly supplemented by the Spits that outperformed them.

As of this writing, there are about 53 Spitfires that are airworthy, with others still under restoration.

The Spitfire’s shining moment came at the Battle of Britain, where they significantly outperformed the Hurricanes. It was then that they began to be viewed as the backbone of the RAF Fighter Command, and were dispersed to all other active fighting zones. One of the most notable changes to the original Spitfires was an engine swap in its later marks. They were originally fitted with a powerful Rolls-Royce Merlin engine which produced 1,030 horsepower. Already a famous engine which powered various other war machines, the Spitfires got an even bigger one. Over the course of their service, they eventually ended up with a 2,340 horsepower Griffon, which dramatically increased their performance.