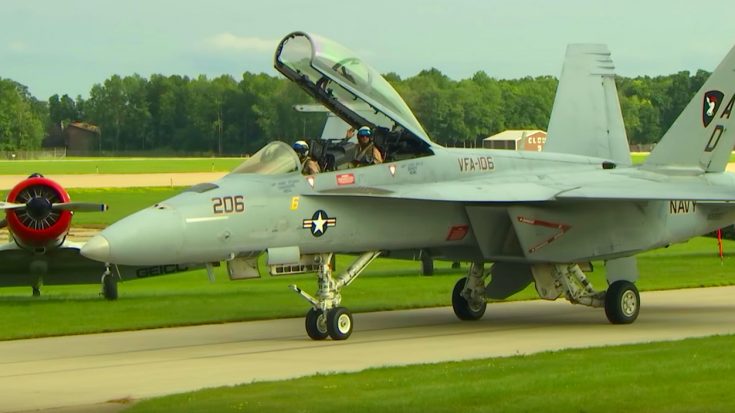 Oshkosh, Wisconsin is often called the Mecca of Aviation because everyone who loves planes comes out there every summer. Plane fanatics of all kinds come out to see the air shows, static displays, and experimental aircraft. One of the most incredible and heartwarming experiences of this show was when a pair of F-18 pilots completed their lifelong dream of performing at Oshkosh.

Lieutenant Mitch Parmentier and Lieutenant Douglas Burdick are naval aviators both from Oshkosh, Wisconsin. These men were inspired from a young age to take up flying and went off to join the US Navy. Parmentier and Burdick went on to have careers flying F-18 Hornets but always had the dream of returning to the air show that influenced them.

“Being able to come into the field that I’ve seen since I was five-years-old. Military aviator after military aviator flying in here and break, I thought how cool it would be to do one time do it. And when we were flying in here yesterday and getting into the break and that’s when it hit me ‘Oh my gosh, I’m flying into Oshkosh.’ It was a bucket list moment for sure and something that I will take with me for the rest of my life.”

So now these men get to come home to show their families and a massive crowd what these F-18 Super Hornets can really do. Watch their dreams come true hitting supersonic speeds and inspiring the next generation of pilots.