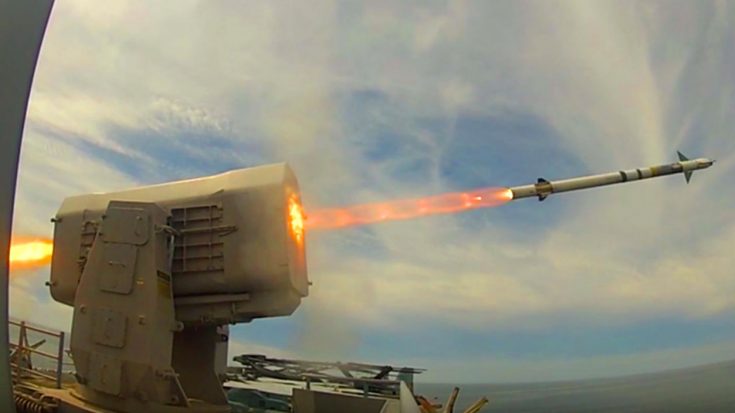 If you are on a navy vessel you’re not moving at the fastest pace. So if a hostile jet comes in for a fast moving attack, your defenses need to be even faster. In the event of an incoming attack, U.S Navy warships are often equipped with the greatest in interceptor technology, the Rolling Airframe Missile Launcher.

“The purpose of this exercise was to test the capabilities of the combat systems on board and to ensure they were fully operational. By testing the ship’s defense capabilities, we gain confidence in our ability to defend not only the ship, but keep our Sailors and Marines safe and sound onboard.”

The Rolling Airframe Missile tests are underway to perfect the capabilities against attacking aircraft and incoming missile threats. The United States Navy has released this video of the RAM in action, it moves so fast that it has to be viewed in slow motion.