To Our Surprise, We Just Found This Footage Of A XP-82 Project Firing Up 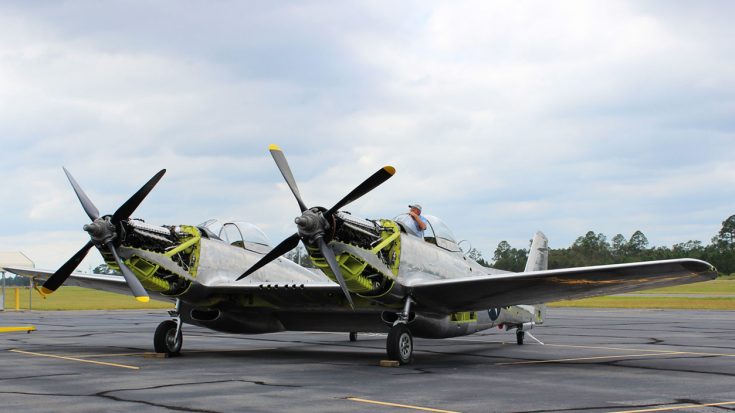 A few months back we did an article on Tom Reilly and his XP-82 Twin Mustang restoration from pretty much a thrashed fuselage dumped in someone’s field, but we had no idea he was so close to completing it. We’ve shown you pictures in the article above, but he just released a video of it firing up and testing its engines. Quite impressive we must say.

Now, if you didn’t read the original article, we’ll give you a quick rundown here. Tom Reilly purchased the scrapped Twin Mustang back in 2008 and it looked like the picture above. In just 10 years (no much for a restoration of this caliber), he is now at a point where he can start her up. The video below is supposedly the first time it was ever done. Everything went as planned.

We’re not sure when this one and only warbird will be airworthy as we know that getting such an FAA certification is a pain in the behind, but as soon as we know it, we’ll let you folks know. For now, just enjoy the sound of those two Merlins.

We had a great day here in Douglas yesterday. It's getting close!