T-6 Skids On Top Of The Water 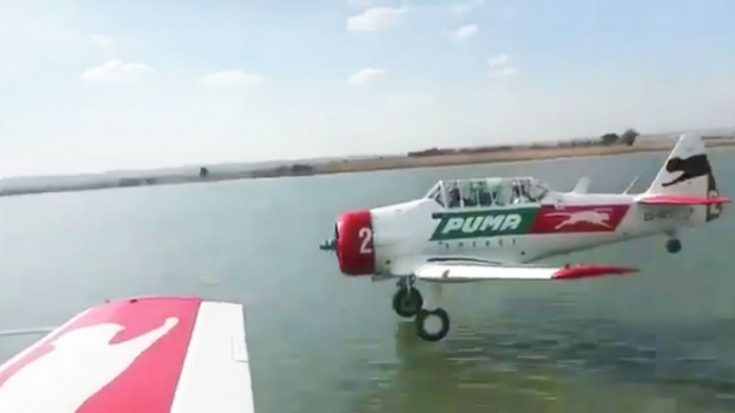 There are only a few aerobatic groups around the world consistently doing this type of stunt, but from what we’ve seen before, the Lions do it best. We’ve shown you a couple of videos of their perfectly synched water gliding before, but never from this angle. This was filmed by one of the passengers of another plane in the formation. It shows you just how finicky these touches are.

As for the team, for those of you who don’t know, they do this stunt quite often. This four-ship display team is based out of South Africa and are given special permission from their aviation authority for the stunt.

Now, before anyone of you jumps on the “safety” bandwagon, know this. The team leader, Scully Levin, has logged in over 27, 000 hours of flight. Let’s just say him and his team know what they’re doing.